The Beijing 2022 Olympic Winter Games was successfully held from February 4 to February 22, 2022.

Coyote Bioscience first deployed 4 mobile labs to Zhang Jia Kou, the Olympics event center early 2021, as the activities began to pick up during the preparation ahead of the event launch. The mobile labs got into full operations from January 2022 as staff began to crew up and foreign teams began to arrive.

In addition to screening at the event center in Zhang Jia Kou. Coyote Bioscience also operated 20 testing stations throughout Beijing and Tianjin, including the 2 major international airports and 4 railway terminal stations, to safeguard Covid Safe lead up to the actual Olympics event.

In the near future, Coyote Bioscience will be launching FlashDetect™ POCT system, with new technology upgrade that allows sample to result in just 15 mins! 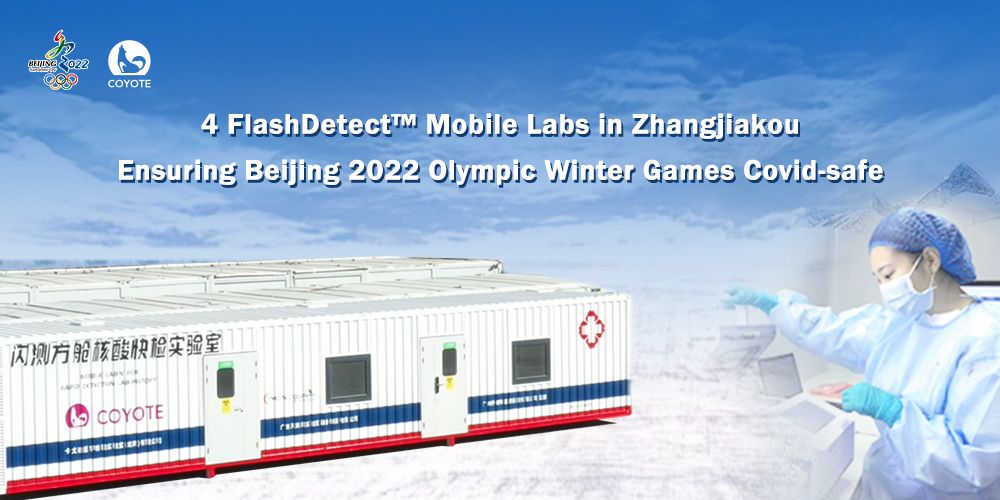